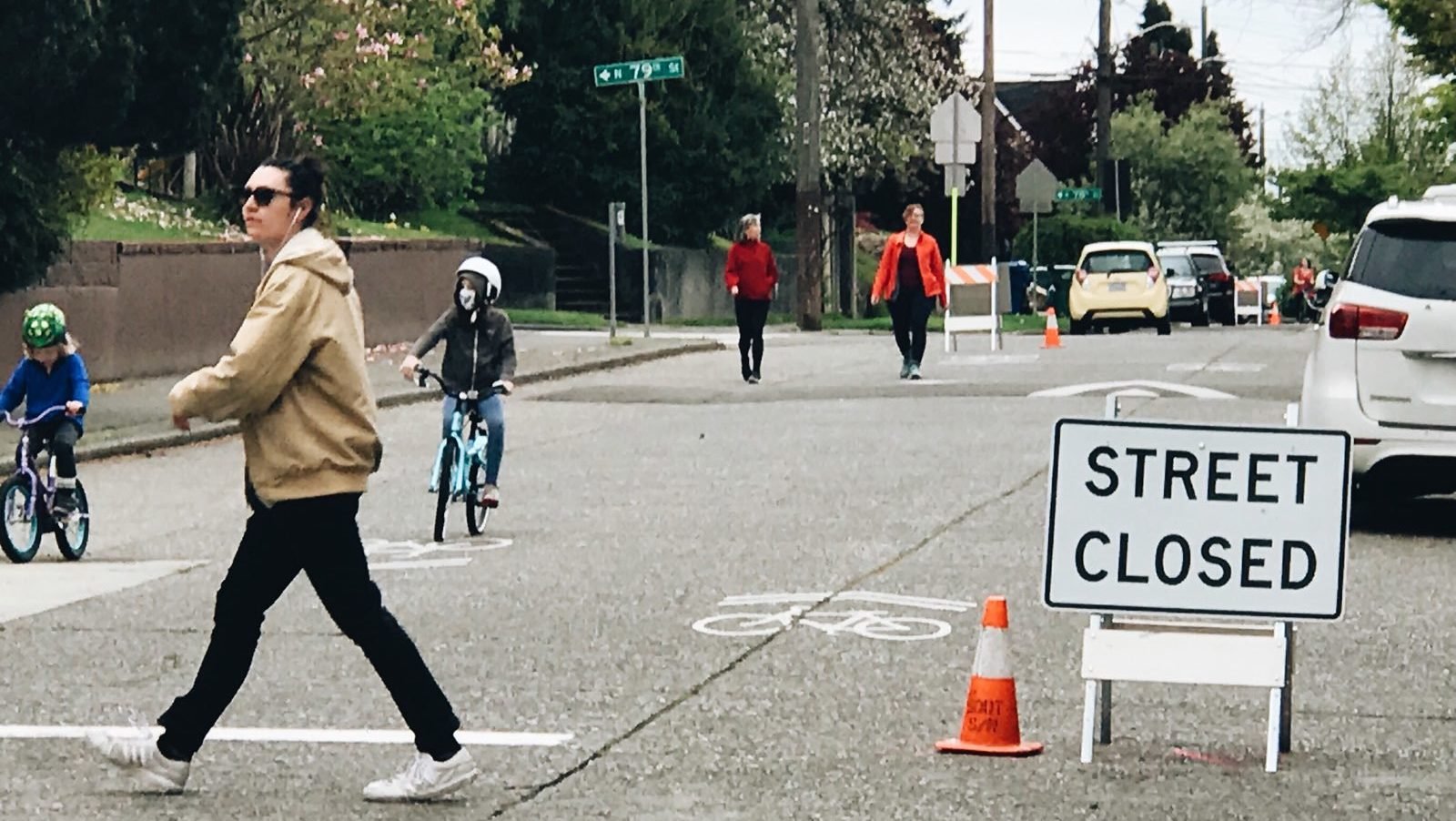 In the last year, we’ve seen a huge increase in the number of people outside—walking, skateboarding, biking, and rolling down the streets—and engaging with their neighborhoods in a big way.

Thanks to the outspoken support of neighborhood advocates like you, the City introduced Stay Healthy Streets last year, a few miles at a time until we had over 25 miles in 13 locations around the city, as well as two sister programs: Keep Moving Streets (recreation space near parks) and Stay Healthy Blocks (neighbor-run DIY Stay Healthy Streets). And they have been a HUGE hit!

Communities have rallied around their local open streets, and are eager to make them permanent. Thanks to popular demand last summer, Mayor Durkan committed to making 20 miles of the pilot Stay Healthy Streets program permanent, starting with streets in Greenwood (1st Ave NW) and Lake City. Now, the City is thinking through how to fulfill this promise to fund and construct permanent improvements. Get more details about what's next for these beloved streets and how you can play a role, in our Spring 2021 Update.

Have you been seeing Stay Healthy Streets signs around your neighborhood? These are usually as simple as a “closed street” sign, an orange cone, and a blue sign, letting folks know that the street is closed to regular through-traffic, but OPEN for people to walk, bike, roll, and skate in. With ideas and encouragement from our grassroots advocacy organization, Seattle Neighborhood Greenways, the city of Seattle began implementing Stay Healthy Streets in neighborhoods across the city in April 2020. 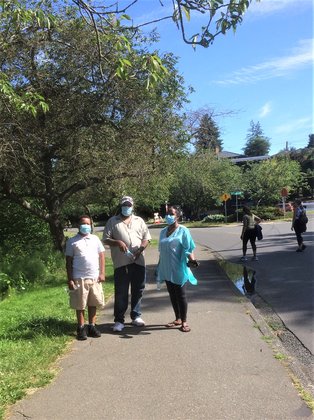 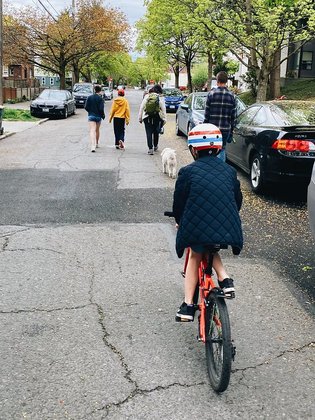 This Stay Healthy Street in the Greenwood neighborhood, is incredibly popular, with neighbors and cross-town bike riders alike: Did another ride today up to Richmond Beach Park in Shoreline, including the 1st Ave NW Stay Healthy Street. Someone made a yard sign cheering people on! 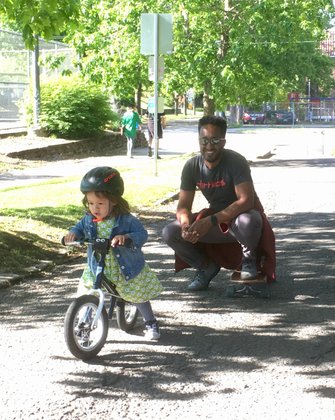 In Huffington Post: Three hours after it went in, two kids and a dad biked by, and I had never seen kids that young biking in the street. As soon as people were invited to use the street, they did . 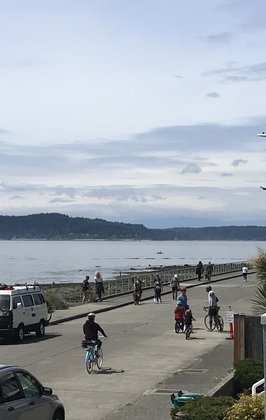 Alki neighbors surrounding this Keep Moving Street are so enthusiastic about it, they made a fabulous video with the resounding message: Make it permanent!

They also generated this petition.

Ways to get Involved

Have you seen our exciting Intersections e-newsletter?
Chock-full of photos, videos, and stories of everyday people like you, working in their local neighborhoods to make Seattle a greener, healthier, more affordable and more equitable city to walk, bike, and live in.

Do you use a Stay Healthy Street?
Tell the City how you feel about the Stay Healthy Streets, how they can be improved, where you’d like to see more of them, and whether any of them should be permanent. This link leads you directly to the City’s official survey — or click here to take the survey in another language - English - Spanish - Tigrinya - Amharic - Vietnamese - Somali - Korean - Chinese (Simplified) - Chinese (Traditional) - Tagalog

Did you know that Seattle Neighborhood Greenways is the leading grassroots organization* working to make Seattle a great place to walk, bike, and live? Find out how you can get involved or otherwise support our work today!

* We’re not affiliated with the City!